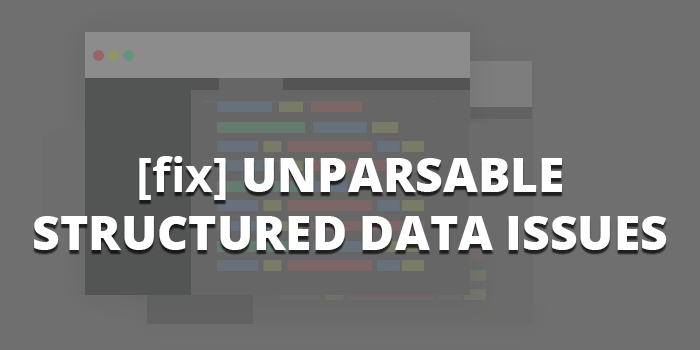 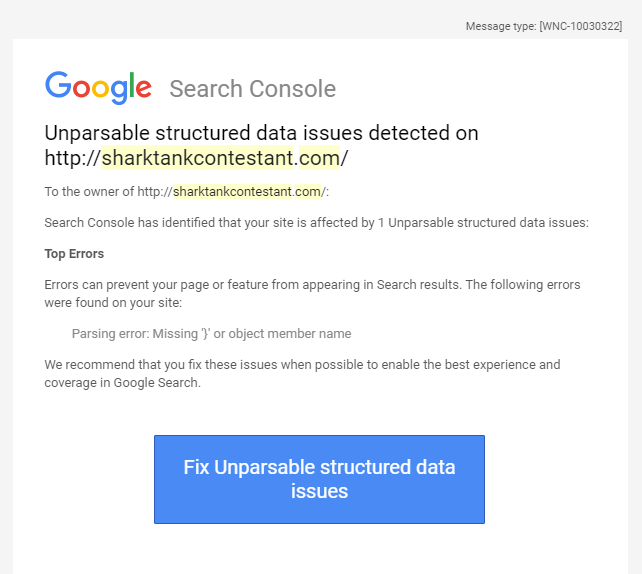 Today I’m gonna go over 1 scenario where we can do an easy fix to get rid of the ‘unparsable structured data issues detected on…” warning.

A few weeks ago, I got about 10 of these warnings all at once. In every single one of the cases it was due to an extra comma at the end of the JSON-LD syntax.

After getting the email, I checked out one of my hobby sites to see what could be done. GSC tells me I’m missing an end curly brace or object member name. That seems highly unlikely.

So I grab all the code from the site, and throw it into Google Structured Data testing tool. I can see right away this doesn’t conform to the new standards. The comma has to go. 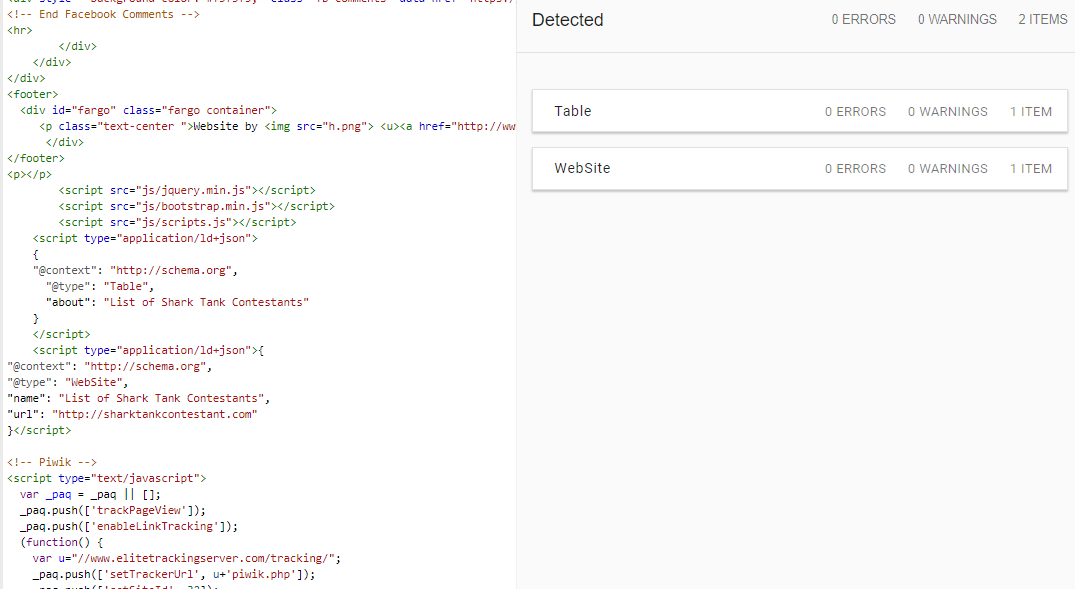 After making the fix, I “validated the fix” and it took a bit of time, I believe overnight. 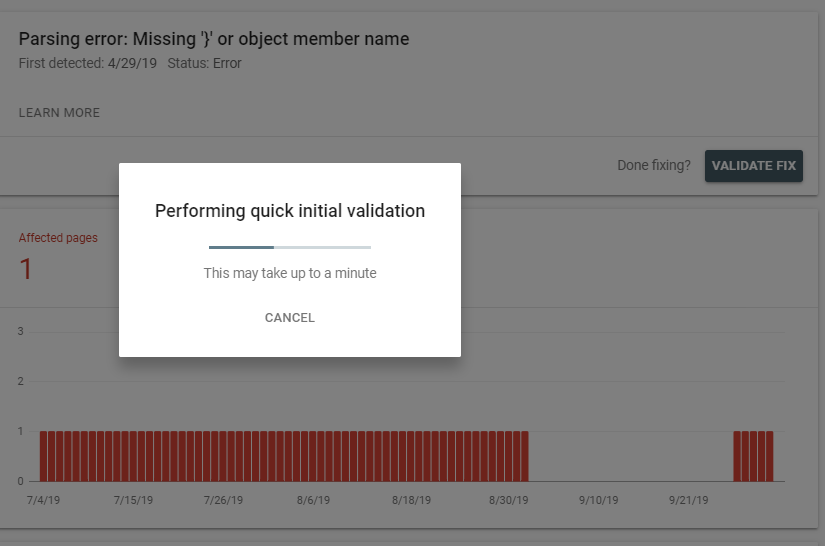 And finally, a validated fix: 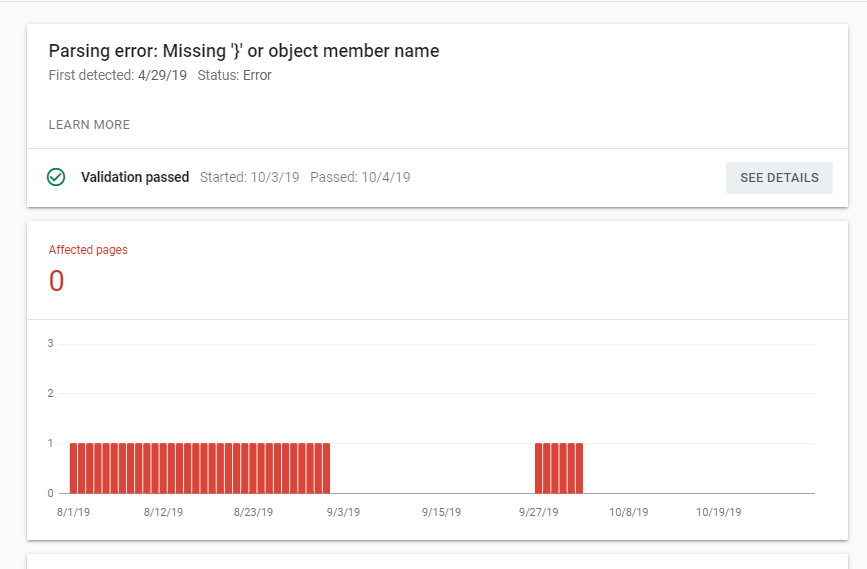 TLDR; If you get a random “unparsable structured data issues detected on…” from Google Search Console, it is definitely a syntax error, and most likely an extra comma at the end of your script. Remove the comma and you should be golden. 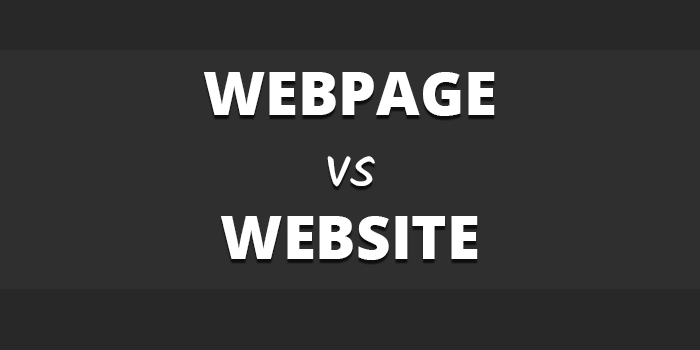 We get this question asked enough where we thought we should post about it. I am going to keep it extremely simple.

WebPage: Refers to a particular page on that domain.

You can view sample code for WebSite and WebPage right here. 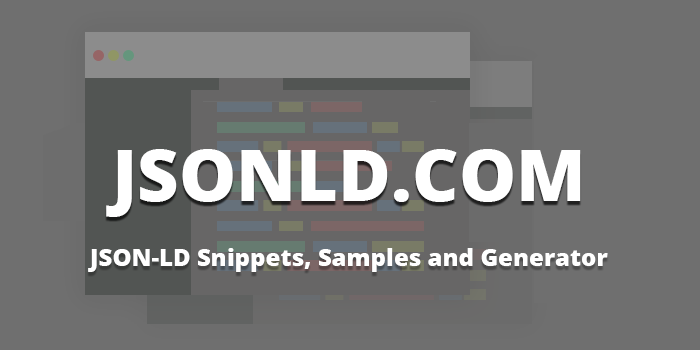 We recently received an email from a jsonld.com fan with a very common question, so I thought I’d address it on our blog. Going to keep it short and sweet.

In short, he wanted to know if it is possible to insert JSON-LD into a Blogspot. I wasn’t sure, so I gave it a try with a very old blogspot account I had laying around from the olden days.

Switch from “compose” to “HTML” and insert your JSON-LD. Save your work and hit “publish” or “save.” 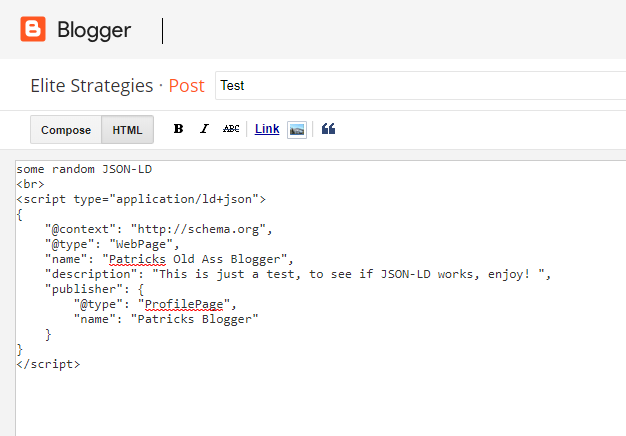 A lot of website builder frameworks strip out <scripts> so I wasn’t sure if it would pass, but low and behold it did! 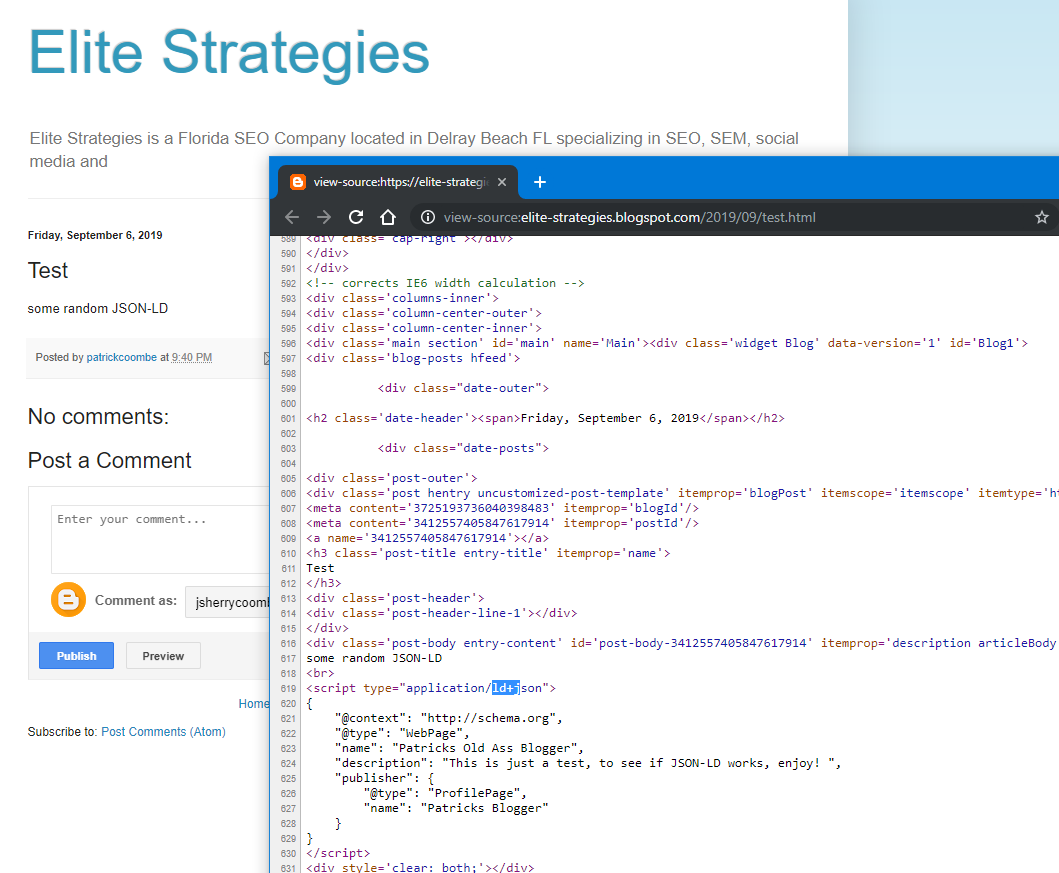 It isn’t ideal to keep the script inside the body, but this works. I’m not sure if it is possible to insert a script “sitewide” in Blogger, if someone knows it better than I do, let me know and I’ll update this post.

Also if you know of a better way to insert JSON-LD in a Blogger / Blogspot feel free to reach out! 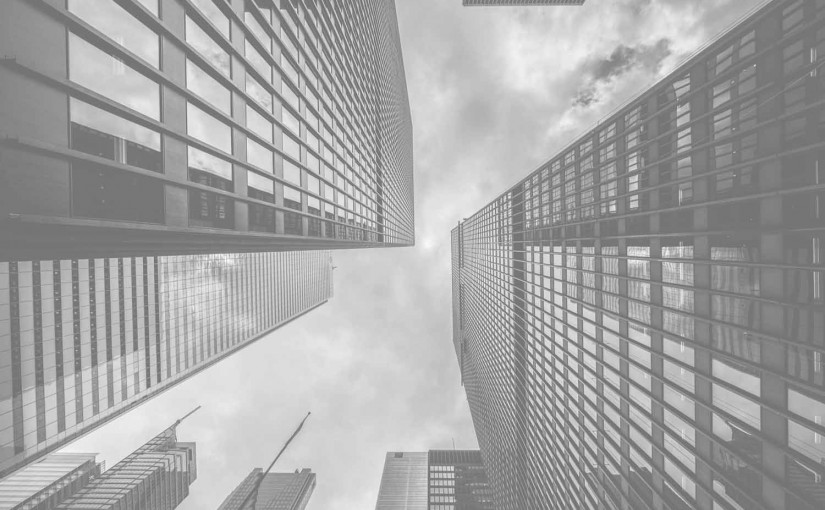 Quite possibly one of the best explanations of JSON-LD that I’ve found on the web.

September 25, 2015 marks the launch of the beta version of jsonld.com. We are scouring the web looking for great examples of json-ld in the wild that we can use for the site.